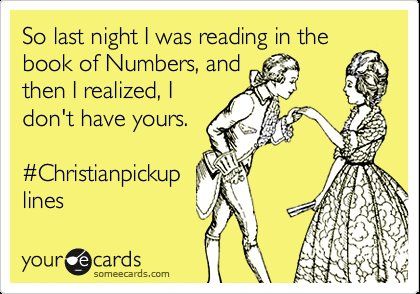 (Think of this as a Christianized Cracked.com article. Only not as funny. And with less swearing. But I’ll try.)

(To be funny. As my ex-husband can testify, I swear just fine.)

The Atlantic has an article by Emma Green called “The Warrior Wives of Evangelical Christianity.” What it should be titled: “Evangelicals are a-scared of all this gay marriage and birth control stuff going on and they’re having conversations about sex.” I guess this is news to some people, and the article cites an evangelical sex book that was written as recently as 1976 to prove that point.

So, here are 5 quick critiques of the article or the people in it, from a warrior ex-wife of Evangelical Christianity:

(1) The article only cites “complementarian” or hierarchist evangelicals. As far as I can tell, no egalitarian leaders or their views on sex and marriage were cited. A pretty severe oversight, given that egalitarian evangelicalism is neither small nor unheard of. The article references and links to The Council on Biblical Manhood & Womanhood, an organization which formed in the early 1980s in response to the feminist aspirations of the Evangelical Women’s Caucus. Yes, that’s right: the evangelical feminists were there first (!). The Caucus later divided into the more liberal/mainline Evangelical & Ecumenical Women’s Caucus and the more conservative Christians for Biblical Equality, yet no link to either of those groups. (See Pamela D. H. Cochran’s 2005 book Evangelical Feminism: A History for more details.)

Then again, this is The Atlantic, and portraying evangelicals as sane and reasonable and not bigoted against women probably isn’t a high priority for that online periodical. So I get why they would reference a disgraced megachurch pastor known for calling ladyparts “penis homes” rather than, for example, the sane and current egalitarian pastor of an even bigger megachurch (Bill Hybels).

(2) Tim LaHaye’s The Act of Marriage was first published in 1976, NOT 1998. I’ve compared multiple editions of the book, and believe me, very little about it has changed since 1976. (In fact, one of the few things that did change was that the book got even more conservative on abortion; the earlier editions said abortion in the case of rape was okay.) The book is supposedly written by both Tim and Beverly, but the “I” pronoun is frequently used where it’s clear that it’s Tim speaking, and no section evinces a distinctive voice from Bev, so I have a hard time saying it was written by both of them. Anyhow, it still pretty much reads like it was written almost 40 years ago. Also, like your creepy uncle is explaining sex and “what women REALLY want” in life and in the bedroom to you, and you’re smiling and nodding politely but you really just want to slink away and wash your mouth out with beer.

(4) Someone who believes in “biblical womanhood” (that’s one of this generation’s buzz phrases for “women are inferior”) doesn’t understand feminism. The article cites Carolyn Mahaney who wrote a small portion of her husband’s book about something or other. In it she says, “Many feminists argue that the only essential difference between men and women is our anatomy, but Genesis teaches otherwise.” Except that pretty much zero feminists argue that. Okay, so a few do, but not “many.” The bulk of third-wave feminists have long held that there are serious and observable differences between the sexes. They just think that sex differences are irrelevant to the need to treat women as equals. Some (yours truly included) even think that sex differences are all the more reason to treat women as equals and include them in positions of power. (Yes, that’s right, complementary sex differences can be a good argument for INCLUDING women in leadership. Fancy that.)

Now, really: I can understand why the proletariat posting tumblr pictures from their bathrooms would say stupid things about feminism. But it boggles my mind when published authors do it. It just seems to me that if you aim to critique feminism in your book, you’d bother to do some 100-level reading on what feminism is and is not. (I’m giving Mahaney the benefit of the doubt that she genuinely doesn’t understand feminism and isn’t just intentionally setting up a strawman.)

(5) The Christian blogger who made the following quote was taken out of context. “God just made [your husband] to think about sex more than you. … Never demean this about him. Never laugh at him or make fun of him. Accept it as a difference.” My first thought upon reading this was, “wow, wish someone had told my ex-husband that.” Waka! Waka! Waka!

But, upon clicking over to the blogger’s original post, what I found was (italics mine):

Your husband will want sex way more than you do.
Like WAY more.  And it’s not bad that he is like this, it’s just different.  He’s not a pervert.  God just made him to think about sex more than you.  (And I realize this is a generalization, but it isn’t for my marriage so I wish I had known this prior to the wedding night.)  Never demean this about him.  Never laugh at him or make fun of him.  Accept it as a difference.

So, in other words, the Christian blogger isn’t being extreme or naive as The Atlantic article would suggest. She acknowledges this is a generalization. I checked with science and it told me men are, in fact, hornier, so it seems to me that “God made men to want sex more” is a fair theological take on an observable reality.