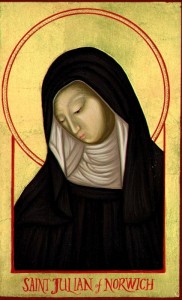 Isaiah 40:1-5, 9-11 ~ Comfort, O comfort my people, says your God. Speak tenderly to Jerusalem, and cry to her that she has served her term, that her penalty is paid, that she has received from the Lord’s hand double for all her sins. A voice cries out: “In the wilderness prepare the way of the Lord, make straight in the desert a highway for our God. Every valley shall be lifted up, and every mountain and hill be made low; the uneven ground shall become level, and the rough places a plain. Then the glory of the Lord shall be revealed, and all people shall see it together, for the mouth of the Lord has spoken.” . . . Get you up to a high mountain, O Zion, herald of good tidings; lift up your voice with strength, O Jerusalem, herald of good tidings, lift it up, do not fear; say to the cities of Judah, “Here is your God!” See, the Lord God comes with might, and his arm rules for him; his reward is with him, and his recompense before him. He will feed his flock like a shepherd; he will gather the lambs in his arms, and carry them in his bosom, and gently lead the mother sheep.

2 Peter 3:8-14 ~ But do not ignore this one fact, beloved, that with the Lord one day is like a thousand years, and a thousand years are like one day. The Lord is not slow about his promise, as some think of slowness, but is patient with you, not wanting any to perish, but all to come to repentance. But the day of the Lord will come like a thief, and then the heavens will pass away with a loud noise, and the elements will be dissolved with fire, and the earth and everything that is done on it will be disclosed. Since all these things are to be dissolved in this way, what sort of persons ought you to be in leading lives of holiness and godliness, waiting for and hastening the coming of the day of God, because of which the heavens will be set ablaze and dissolved, and the elements will melt with fire? But, in accordance with his promise, we wait for new heavens and a new earth, where righteousness is at home. Therefore, beloved, while you are waiting for these things, strive to be found by him at peace, without spot or blemish;

Mark 1:1-8 ~ The beginning of the good news of Jesus Christ, the Son of God. As it is written in the prophet Isaiah, “See, I am sending my messenger ahead of you, who will prepare your way; the voice of one crying out in the wilderness: ‘Prepare the way of the Lord, make his paths straight,’” John the baptizer appeared in the wilderness, proclaiming a baptism of repentance for the forgiveness of sins. And people from the whole Judean countryside and all the people of Jerusalem were going out to him, and were baptized by him in the river Jordan, confessing their sins. Now John was clothed with camel’s hair, with a leather belt around his waist, and he ate locusts and wild honey. He proclaimed, “The one who is more powerful than I is coming after me; I am not worthy to stoop down and untie the thong of his sandals. I have baptized you with[f] water; but he will baptize you with the Holy Spirit.”

[3] Our Advent Scripture reflections for this year are being guided by Sharing the Word: Scriptural Reflections for Advent by Archbishop Daniel E. Pilarczyk (Cincinnatti, Oh.: 1989). I picked the book up from our local Bible store for about $4. This year is “Advent Year B.” Bible quotations above are from the NRSV.