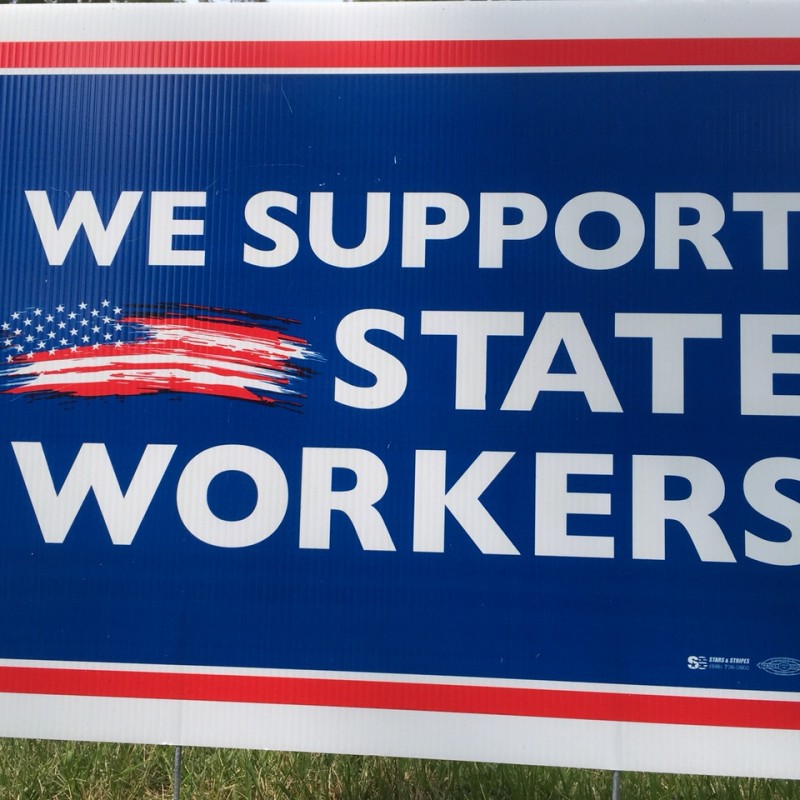 I don’t normally use Weighted Glory to discuss local Illinois politics, but this is a matter that affects me and my family personally.

I bring this up because it may seem at odds with what I am asking now: I am asking my friends and family in Illinois to please call their local state representative and urge him/her to vote in favor of overriding Governor Rauner’s veto of Senate Bill 1229.

My blog readers and friends know my story: abandoned by my XH while I was pregnant, older disabled child, had to return to full-time work at 7 months pregnant for the first time in 7 years. Though I have a bachelor’s degree and have nearly completed a master’s degree, they are both in liberal arts and not the most marketable degrees (yes, I wish I had been a LOT more pragmatic when I was younger!). Needless to say, returning to the work force was difficult. After months of putting in for private sector jobs while shuffling through low-paying temp work, it was the State of Illinois that finally gave this displaced stay-at-home-parent a chance. Though my salary is very entry-level, the benefits that came with this job were exactly what my disabled child needed, so it has just barely allowed us to make ends meet.

I voted for Bruce Rauner in the 2014 Illinois gubernatorial election for a lot of reasons: because I’m Republican and unless a Republican candidate really, really disgusts me, I tend to vote with my party; because I was hearing too much about why I shouldn’t vote for Rauner and hardly anything about about why I should vote for then-incumbent Pat Quinn; because Pat Quinn wasn’t exactly a friend to the union with his freeze on worker pay increases and his support of the unconstitutional 2013 pension reform bill, Senate Bill 1; and because Illinois is in a lot of financial trouble with its worst-in-the-nation pension crisis, and while Republicans are far from blameless, the state has been predominantly run by Democrats for decades. You know what they say about the definition of insanity… in this case, voting Illinois Democrats  into power again and again and expecting different fiscal results. Also, from my perch in the HR/timekeeping wing of our office, I’m sorry to say that I have seen state worker excesses and abuses that could be trimmed back from the union contract.

Since helping vote Governor Rauner into office, I’ve been disappointed with him on a number of counts, but especially in regards to his treatment of state workers and his proposed changes to our collective bargaining agreement. His demands are nothing short of preposterous—by all means, take a look at them yourself and tell me if you’d stay with an employer who suddenly made all those changes to your terms of employment. He wasted the first 7 months of contract negotiations with his unconstitutional demand that all Tier 1 pension employees “voluntarily” switch to Tier 2–and yet, he negotiated a sweetheart Tier 1 pension deal for state school superintendent Tony Smith. (There are few forms of hypocrisy more rankling than that of politicians who legislate, “X for thee, but Y for me and mine.”) Though the Tier 1=>Tier 2 thing has since been dropped from his demands, his list remains incredibly unreasonable.

What actually tipped my feelings against Governor Rauner is his desire to eliminate the Upward Mobility program. This program is only open in the fall and only certified employees (that is, employees who have been around for 6 months) can apply. I was 2 weeks away from certification when the program closed last year and have been waiting patiently for it to open again this year, hoping it would pick up the last of my Harper College tuition. The program has not reopened because of its uncertain status in contract negotiations and may not reopen this year. So this dragging out of the union contract negotiations has already affected me personally.

Governor Rauner and the critics of SB 1229 say it would take Governor Rauner out of the bargaining process and leave the matter to an unelected arbitrator, but this is false. All it would do is ensure that both sides have to make reasonable contract offers. For either side to make a final offer that lopsidedly favors their side would ensure that the other side’s final offer will be picked. And while Governor Rauner has pledged to not lock out state workers, he hasn’t pledged to not declare an impasse and force a strike. Nobody at AFSCME wants a strike, we care very much about the community we serve and how a strike would affect the most vulnerable among us, but again, look at Governor Rauner’s demands. Would you want to work under those?

I promise that, if and when Governor Rauner makes a fair and reasonable contract offer, even if it reduces current benefits, I will be among the first to say “we should take it” and the last to vote for a strike. But so far his demands have been anything but. In all of the media bogeyman talk of “state workers” and “government employees,” it’s easy to forget that we’re real people with real families and very few of us are Scrooge McDucks swimming merrily through a golden sea of taxpayer money. A lot of state workers are just like me: single parents, parents of disabled kids, parents of very small kids, people just barely scraping by, trying to get ahead in life. (And yeah, some of us DO vote Republican, and it should concern Governor Rauner very much to be losing support from Republicans like me.)

This vote affects me and my family personally. Please look up your local representative and tell him/her to vote “yes” on overriding Governor Rauner’s veto of SB 1229. 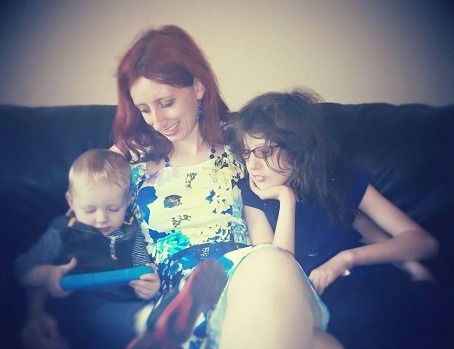 (I’m probably late in running this as I realize the vote could happen any day now, but what can I say. Busy single mom is busy. 🙁 )