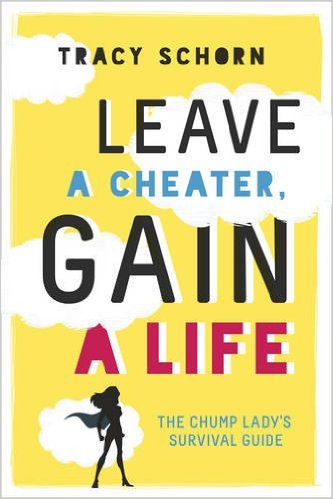 These days, self-help books are a dime a dozen and so often seem to be filled with myopic, impractical “advice” rife with wishful thinking on the part of their authors, it’s become both shocking and refreshing to run into a self-help book that actually helps.

It has been a little shy of two years since I read the original self-published version of this book. I read it in the wake of having discovered that my husband had secretly gotten back together with his mistress. He had responded to my discovery of his affair by treating the Other Woman to adultery prom night and posting pictures of their fabulous night out together all over Facebook (where our daughter had access to them). I was in shambles and my emotions were raw. To cap it off, my husband was engaging in some classic abuser behavior, acting like he hadn’t done anything wrong and we could still be friends. I didn’t know how to handle the faux-amiable attempts to chat me up about the latest season of Arrow or his mistress’ fabulous hair; after all, wasn’t he being nice? Shouldn’t I be nice back? I felt like I was going insane. This crazy-making behavior is called “gaslighting” and it’s what abusers do.

The beauty of Leave a Cheater, Gain a Life is that it calls infidelity what it is: abuse. Truth-telling has become a dying art in our society and cheaters (and those who sympathize with them) despise being told this, but Schorn pulls no punches. “Your cheater had an entire decision tree of options, beginning with difficult conversations, therapy, and divorce lawyers. They didn’t choose those things—they made a deliberate choice to f*** other people and lie to you about it” (p. 15, emphasis hers, censorship mine). She continues:

Aside from being humiliating, disrespectful, and comically pathetic—infidelity is abusive. It is psychological abuse. You cannot cheat on someone without lying to and gaslighting them. (“It’s not what you think!” “You’re crazy!”) Throw in some blameshifting and minimization after discovery (“You drove me to it,” “I don’t see what the big deal is”), and you’ve got quite an assemblage of mindf***ery.

Now factor in cheaters unilaterally risking your health and your family’s home life. Infidelity sounds a lot less jolly after you’ve paternity-tested your children. Or had your feet up in the stirrups for a full STD screening after years of assumed monogamy. Or lost a pregnancy to an undisclosed STD. Or found your children’s college funds spent on sex workers. Or stumbled on evidence that the cheater f***ed someone else in your bed. (p. 16)

There may be complicated reasons for why people turn to infidelity, just as there are often complicated reasons why people engage in other forms of abuse, but that doesn’t change the need to bracket the abuse for what it is and call it wrong. Unfortunately, we live in a world of cheater-pologists who denounce such “black-and-white thinking” on the matter and insist there are good reasons for cheating and both partners must be at fault, just like we live in a world of people who like to ask rape victims what they were wearing. Schorn’s book bravely attempts to shift this paradigm.

The other thing that is valuable about this book is that it gives you a clear idea of how to cope. Once I was able to call my husband’s behavior what it was—abuse—I was able to follow Schorn’s game plan, the centerpiece of which is “no contact.” I blocked my (ex-)husband and his mistress on all social media, told my husband that he wasn’t allowed to contact me unless it was about the divorce or visitation or child support (so no, I don’t want to text about how great the latest episode of Arrow is or how fabulous your mistress’ hair is), and stopped letting him do visitation in my apartment (which was always resulting in me coming home to messes I didn’t make). Cheaters love triangulation, Schorn explains, and you don’t want to be their hypotenuse. Once I had barred the abusers from my life as much as possible, the healing began.

It also gives you a clear idea of how abusers work. When Schorn said that cheaters generally only have three modes—rage, charm, and self-pity—it was like the heavens were opened to me and I suddenly understood my 11-year marriage that much more clearly. It may surprise you to learn that my XH always self-identified as a sociopath; I never took him seriously and just thought he was being a dork who thought sociopathy was a superpower and not a dire personality disorder. After reading Schorn, I finally took him at his word.

I mentioned in my review of the original self-published book that I thought the book had some flaws; one has been remedied and one is still there. A new and useful section about how to not obsess over the Other Woman (or Other Man) has been added, but the book still lacks a chapter on emotional affairs, which I have written about elsewhere and think the book could have used. Schorn is a Methodist-preacher’s-kid turned Episcopalian, but this book isn’t designed with religion in mind, and some Christians will no doubt be turned off by the ample profanity. For my own part, I find it difficult to talk about the experience of infidelity without using profanity. The English language otherwise lacks powerful enough words to describe the trauma.

The greatest recommendation that I can make for this book is that it actually helped me. In the two years since reading the original version, I have finished my master’s degree complete with thesis composition and defense, started and almost finished a human resources certificate (two more weeks of classes as I write this!), transferred to a position that is closer to home and far less stressful, improved my credit, traded in my 2001 beater car with 176K miles on it for a new 2016 Toyota Corolla without any cosigning or financial help from anyone, participated in a theology seminar wherein someone actually paid me to fly out to California and do theology for two weeks (it was amazing), lined up a peer-reviewed article to publish, and had a septorhinoplasty that fixed my crooked nose along with my breathing. I will be very surprised if I do not move on to a better job or a promotion with my current employer within the next year. All this while being a single parent to a disabled older child who is now 10 and a baby who is now 2.

In other words, this book is about how to leave a cheater and gain a life. I have successfully left a cheater and gained a life, and I know now that surviving infidelity doesn’t make me pathetic; it makes me mighty. Thanks, Tracy.

3 Comments on Review: Leave a Cheater, Gain a Life