Home » Church History » The Shack and the Gender of God 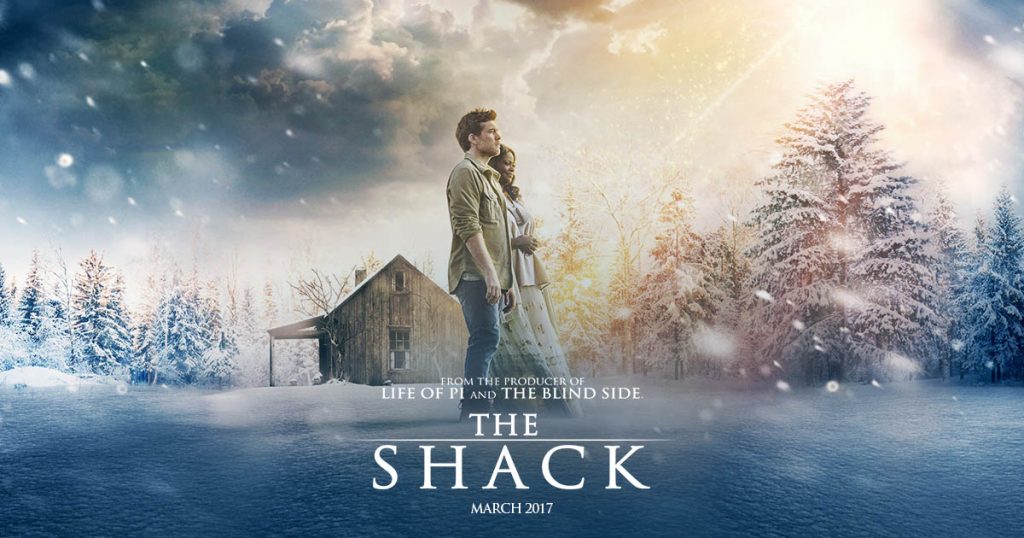 I never read the entirety of The Shack, the popular 2007 Christian novel about a man who converses with God about the murder of his beloved youngest daughter. My reasons were not theological. I had a childhood friend who was kidnapped, raped, and murdered when I was 9 and she was 11, so the subject of the novel was a little too close to home for me.

I did read enough of the novel to know that two members of the Trinity, God the Father and God the Holy Spirit, manifested themselves as women (a black woman and an Asian woman, respectively), and this became one of the many theological “problems” that was protested in the novel. For example, Mark Driscoll, then at the zenith of his megachurch pastor career, decried this as “goddess worship.” Mary Kassian, writing for the Council on Biblical Manhood and Womanhood, lamented that evangelical fans of The Shack were “succumbing to the feminist pressure to image God in feminine ways.” In quite recent history, complementarians and other male headship advocates [1] got it into their heads that all three members of the Trinity are quintessentially masculine and/or male, and as such, God could not have incarnated as a woman nor could he ever manifest as one, even if he wanted to.

The Shack has now been made into a major motion picture starring Sam Worthington. It was released today. Its reviews have sadly gone the way of most Christian films (15% on RottenTomatoes as I write this), but in light of the film, I thought it might be worth it to revisit what the Bible says about whether God has a gender, along with some extrabiblical details and philosophical considerations.

I am of the opinion that gender is created and God does not possess one as part of any eternal nature, so God could theoretically incarnate and/or manifest himself as a woman as well as a man should it please him to do so. And I want to point out that viewing God as genderless is not some novel feminist incursion on traditional Christian theology. It is historic and quite mainstream. The catechism of the Roman Catholic church states:

By calling God “Father”, the language of faith indicates two main things: that God is the first origin of everything and transcendent authority; and that he is at the same time goodness and loving care for all his children. God’s parental tenderness can also be expressed by the image of motherhood, which emphasizes God’s immanence, the intimacy between Creator and creature. The language of faith thus draws on the human experience of parents, who are in a way the first representatives of God for man. But this experience also tells us that human parents are fallible and can disfigure the face of fatherhood and motherhood. We ought therefore to recall that God transcends the human distinction between the sexes. He is neither man nor woman: he is God. He also transcends human fatherhood and motherhood, although he is their origin and standard: no one is father as God is Father. [2]

Likewise, here is the inclusive language lectionary of the National Council of Churches, which represents 37 Protestant and Orthodox denominations as well as one Catholic group:

The God worshiped by the biblical authors and worshiped in the Church today cannot be regarded as having gender, race, or color. Such attributes are used metaphorically or analogically. Father is only one metaphor for God in the Bible; other personal metaphors include mother, midwife, and breadmaker. Less familiar, but equally appropriate, are such impersonal images for God as love, rock, and light. Images for God in this lectionary are expressed in inclusive language so that when the church hears its scripture read, it is not overwhelmed by the male metaphors but is also enabled to hear female metaphors for God. [3]

Many of the churches that put out these statements would not be considered “feminist” and do not ordain women (or did not when they put out these statements). They arrived at these conclusions on the gender of God from careful study of the Scriptures, apart from any question of women’s ordination. In actuality, it is the modern-day male headship advocate’s insistence on the maleness or masculinity of God that is a misogynist incursion on traditional Christian theology, driven in large part by a need for fresh arguments geared towards barring women from clergy. This is unsurprising, given how badly traditional arguments against women’s ordination have failed.

In 1973, philosopher Mary Daly declared, “If God is male, then male is God.” [4] Daly’s words functioned as a wholesale dismissal of any contention that Christian theology—quintessentially centered around the person and worship of the male Jesus Christ—could ever liberate women from the bonds of patriarchy and androcentric religion. Time has proven the merits to Daly’s point of view as Anglican, Eastern Orthodox, Lutheran and Roman Catholic high church councils have all released position statements contra the ordination of women based on the argument that a priest (or pastor) is meant to represent Christ, and Christ cannot be represented by women because he is a man. [5]

The challenge then stands for egalitarians to articulate a theology that can answer both the radical feminist criticism that a male Savior can never liberate women as well as the contentions from male headship advocates  that the sexuality of the Second Person of the Trinity (and possibly the entire Godhead) precludes the option of ordaining women or seeing God in any kind of a feminine light. This series will evaluate the biblical data on God and sexuality, the biblical and extra-biblical data on Jesus Christ as the female figure of Wisdom, and some philosophical considerations.

And while I have my issues with The Shack, that it features a God who can manifest as female as well as male is not one of them.

(continued in Part 2, “The Biblical Data on God and Sexuality”)

——-
Part 2 — The Biblical Data on God and Sexuality
Part 3 — Jesus Christ, Wisdom of God
Part 4 — Does Jesus’ Gender Role Limit His Omnipotence?
——-
Note: This blog series is being adapted from a paper that I wrote for Dr. Thomas McCall’s “Theology II: Christ, Man, Sin, Salvation” class in May 2010, at Trinity Evangelical Divinity School. The paper was called, “Does Jesus’ Gender Role Limit His Omnipotence?: A Study of Sexuality and the Incarnation.”

[5] For an example of one such statement, see “Vatican Declaration on the Question of the Admission of Women to the Ministerial Priesthood” (1976), sec. 27.

2 Comments on The Shack and the Gender of God