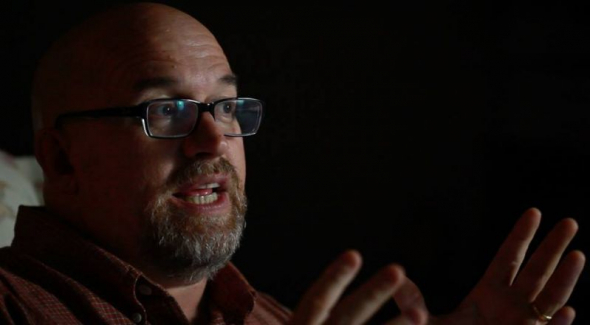 Trying to manage disabled kids in church is hard.

I was attending a small church in Tacoma in 2008. It was so small, it met in a yoga studio. There was an area for childcare, but my 2-year-old daughter had a lot of separation anxiety and could be difficult for the workers to manage, so I sometimes kept her in the main service with me. She would entertain herself by running from one end of the back of the room to the other.

One day, I mentioned to someone from church that I thought it was adorable when she did this. He frowned and replied, “Some people would find it distracting.”

I didn’t say anything, but my heart froze. Distracting. My disabled toddler was being distracting.

It’s been 9 years since that day. I now have two disabled children, and accusations that my children are difficult or distracting during church still periodically crop up. On one occasion, a member of my congregation complained to leadership that my son’s spinning during communion preparation was “making it difficult for him to prepare his heart for communion.” (My son’s autism diagnosis was not known at the time, but it now makes sense that many autistic children spin seemingly endlessly for stimulation.) There was an insinuation that I was doing an inadequate job of parenting my kids.

I wanted to scream. I’d had an extremely difficult time with both of my children that day, had actually left the service a little early because they were being so difficult. Not one person had offered to help with them the entire time—which is fine, as they’re no one’s responsibility but my own, but what would Jesus say is the best way to prepare your heart for communion? By helping the single mother who is struggling to control her children, or by complaining about her?

I nearly left my church that day. Instead I decided to be honest about my pain and heartbreak with leadership. Things changed. Bridges mended. I’m happy to report that, now, people in my church seem much more understanding and accommodating of my children’s needs.

I met Pastor Ed Taylor of Quest Church in Arlington Heights during the summer of 2014. My then-husband was in full-on exhibitionist mode with his mistress-the-singer-dancer-model-isn’t-she-great. It was a dagger in my heart every time I glimpsed a new picture of her on his phone or Facebook page. I was adjusting to life as a single parent, and I was overwhelmed. I turned to MeetUp as a way to get out of the house a bit and meet people without the pressure of dating. I discovered a group called TheologyPub, and it was there that I found Pastor Ed.

Ed was someone whom I immediately clicked with, someone I could always easily have a conversation with. He was a fellow Christian who was, in many ways, both liberal and conservative, which made us kindred spirits and gave us a lot to talk about. He immediately had respect for the gravity of my situation, for my need to escape, take time out, and just discuss topics I loved in a non-judgmental setting. And when I had to bring my kids with me to TheologyPub, they were always welcomed with open arms.

Ed was always inviting me to the church he pastored, Quest in Arlington Heights (and later Palatine and Rolling Meadows). I’m sorry to say, I only came once. On that day, his church was meeting at Orbit Skate Center in Palatine. My kids immediately began doing their thing, being difficult and distracting, chasing after their need for constant stimulation. They grabbed a balloon from a display and began bouncing it around the skating ring in the background while Ed spoke. They went into a room that was set up for a party (for later, unaffiliated with the church) and cracked every glow necklace on the table.

It was happening again. I was going to get an e-mail about how distracting my kids were.

It never came. Ed insisted my kids had been lovely and everyone had loved having them. I’m not sure I believed him.

Ed messaged me on August 26th to invite us to his new series at Quest Church. I responded on the 27th to say I’d try to make it some time.

I never did. It was the last time we spoke.

Ed went into cardiac arrest after a double knee replacement surgery on October 21st. He didn’t make it.

In reading one of Ed’s obituaries, I was surprised to find mention of that very time when I had been so certain my disabled kids were an awful distraction. And it was mentioned positively, and fondly:

Meeting at places like the skating rink had some unintended consequences.

“They had a kid in the back playing with a balloon while we were having our service,” [his wife] Kim recalled of one meeting. “You could see this balloon going up in the air behind Ed’s head.”

Lots of people love and welcome disabled kids after being taught and reminded to love them. There’s nothing wrong with that. I’m like that.

But rare are the people who love them and welcome them without having to be told.

Good-bye, Ed Taylor. You will be missed.