Home » Personal Reflections » Why I Believe 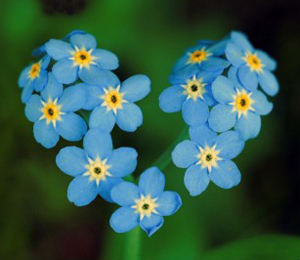 My daughter’s tiny body shone slick with my blood as my doctor pulled her from my body. A small, sickly cry rang through the room, the noise like the plaintive wailing of an injured cat. I watched the nurse rinse away the blood with a mixture of wonder and fear coursing through me. I would have to spend the next 18 years (and to a larger extent, the rest of my life) caring for this new person, and now it was time to meet her.

Laid in my arms at last, my daughter had stopped crying but appeared dour, her mouth closed as she looked up at me. Our eyes connected and a sudden, horrible thought invaded my mind. It was irrational. It was nonsense. I was being silly. I knew it. Yet, almost against my own will, I blurted out: “Does my baby have a cleft palate?”

Silence. The doctor and the nurse exchanged an addled glance. How would their patient know about a birth defect that she couldn’t see, even if it was there? I was used to my doctor not taking my questions and anxieties seriously, but I wasn’t having that now. I held my daughter out to them, practically thrust her at them. “Would you take her and check?!”

The nurse gathered my daughter up and took her back to the newborn station to examine the inside of her mouth. I am sure she expected to promptly report back that my daughter’s mouth was fine.

Instead, she called out, “Actually, doctor, can you come and take a look at this? I think there’s something here…” It turned out that my daughter did have a cleft palate. A partial soft cleft palate, the smallest kind of cleft palate that there is, so small that it tends to be overlooked upon initial examinations of the newborn.

My belief in the deity and resurrection of Jesus Christ is a lot like that moment in that delivery room back in 2006. That Jesus lived, died, and rose again is as real to me as my daughter’s cleft palate was that day. I had no proof that it existed, yet I believed it was there, so I spoke out.

We Christians often focus on sin and redemption, how Jesus’ sacrifice on the cross provides a way for us to live lives of holiness followed by eternity in heaven with God. Certainly those are aspects of the Gospel that appeal to me in their own right. But why did Jesus die on a cross at all? Couldn’t God have forgiven our sins and offered us a place in heaven without the gory spectacle of crucifixion?

Yes. He could have. He could have forgiven sin and redeemed us any way that he wanted, so the method that he chose is meant to tell us something. God offered redemption through the life and sacrifice of Jesus Christ—that is, as the Second Person of the Trinity, God offered redemption by becoming human himself and dying one of the most brutal deaths imaginable—because of what he wanted to teach us about power, empowering others, and sacrifice.

Addiction to power is human nature. Whether we define power as money, influence, authority, beauty, or fame, we like having it, and most of us are constantly seeking ways to get more of it. It’s why it took humanity thousands of years to figure out that owning another human being as property was a monstrosity. It’s why we didn’t get for so long that education should be a priority for everyone and not just the wealthy or the men. It’s why even developed nations still can’t put together how to treat women right. We could list similar examples all day, and obviously a lot of areas of the world are still learning even these lessons.

Before he became fully human, Jesus Christ was fully God. He had all of the fame, influence, and authority he wanted. He was glory.  He enjoyed perfect love and companionship with the other members of the Trinity. He had no need to lay aside all of that and become like us.

And yet, the Christian Gospel proclaims, that is what he did. And it tells us why:

Do nothing from selfish ambition or conceit, but in humility regard others as better than yourselves. Let each of you look not to your own interests, but to the interests of others. In your relationships with one another, have the same mindset as Christ Jesus: Who, being in very nature God, did not consider equality with God something to be used to his own advantage; rather, he emptied himself, taking the form of a servant, being made in human likeness. And being found in appearance as a man, he humbled himself by becoming obedient to death—even death on a cross! (Philippians 2:3-8 [1])

Jesus gave up everything he had and emptied himself. The Greek verb there is κενόω, and it literally means “to make empty” or “deprive of force, render vain, useless, of no effect.” Jesus made his divine powers useless and of no effect in order to become like us and die for us.

Why did he do that? It wasn’t just about saving us from sin and death. Elsewhere, the Bible says Jesus did this in order to make us like him:

His divine power has given us everything we need for a godly life through our knowledge of him who called us by his own glory and goodness. Through these he has given us his very great and precious promises, so that through them you may participate in the divine nature, having escaped the corruption in the world caused by evil desires. (2 Peter 1:3-4 NIV)

For those God foreknew he also predestined to be conformed to the image of his Son, that he [Christ] might be the firstborn among many brothers and sisters. (Romans 8:29 NIV, brackets mine)

The command Be ye perfect is not idealistic gas. Nor is it a command to do the impossible. He is going to make us into creatures that can obey that command. He said (in the Bible) that we were ‘gods’ and He is going to make good His words. If we let Him—for we can prevent Him, if we choose—He will make the feeblest and filthiest of us into a god or goddess, a dazzling, radiant, immortal creature, pulsating all through with such energy and joy and wisdom and love as we cannot now imagine, a bright stainless mirror which reflects back to God perfectly (though, of course, on a smaller scale) His own boundless power and delight and goodness. The process will be long and in parts very painful, but that is what we are in for. Nothing less. He meant what He said. [2]

What all of this means is this…

Jesus gave up his power and glory… (Philippians 2:5-7)

And we are supposed to follow his example! (Philippians 2:3-4)

Jesus underwent incarnation and atonement on the cross in order to teach humanity that the only power that’s ever worth having is the kind that you freely give up in order to empower others.

How far are we supposed to go with this? We’re supposed to empty ourselves and go to brutal, humiliating death, if needed.

And we can’t complain that we’re being commanded to make sacrifices that God would never have to make, because he did it first (!).

Let’s say that I’m wrong though. Let’s say that Jesus was just a normal human being, though perhaps a revolutionary one, who died the sort of unfortunate death that many revolutionaries do. He never rose from the grave and Christianity is well-meaning but false.

Even if that’s true, is what I’ve laid out really a bad philosophy to live by? Believing that I should give up everything that I possibly can in order to empower and improve the lives of others?

I don’t think that it is. I think that, as religions go, I could do much worse. And I think the world would be a much better place if we all tried to live by what I’ve just explained.

In my life, I have known pain.

When my daughter was 6 weeks old, she had surgery to close a large umbilical hernia. I can’t tell you how many tears I shed, even though it was “minor” surgery. I’m now 33 years old and I’ve never had surgery, minor or otherwise. Yet here was my 6-week-old baby under the knife.

My infant daughter cried, too. She was in pain. And there was NOTHING I could say to her at the time to make her understand why she had to be in pain. From her perspective, her pain was senseless. From my perspective, her pain had purpose. Now she has a tiny scar on her stomach instead of a piece of intestine bulging through. It’s a lot less noticeable than the intestine was, but it’s still a scar. She’s older now. When I show her the pictures of the intestine bulge from when she was a baby, she understands the purpose of the scar.

So I look to heaven, and I push back the tears, and I wait. And I believe.

Happy Easter. He is risen indeed.

[1] I have amalgamated the NIV and the NRSV. Italics mine.

[2] C. S. Lewis, Mere Christianity (New York, NY: Harper San Francisco, 2009), 205-06. Obviously I am touching on deification here, but unpacking a full theology of deification is beyond the scope of this post.

7 Comments on Why I Believe