“Women should remain silent in the churches. They are not allowed to speak, but must be in submission, as the law says.” – 1 Corinthians 14:34 NIV

“Even though [women] grow weary and wear themselves out with child-bearing, it does not matter; let them go on bearing children till they die, that is what they are there for.” – Martin Luther [1]

Those were just some of the words about women blinking at me from my computer screen that day. I was 16 years old and arguing with a skeptical friend. He had sent me a list of negative quotes about women from the Bible and famous Christian theologians, and I felt horrified. 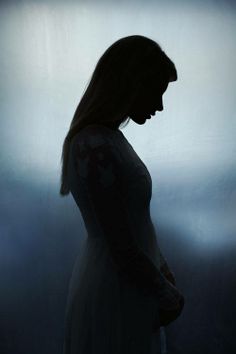 I’m not sure you could say I was any kind of a feminist at the time, at least not an intentional one. I had always been taught that I could be anything and do anything, that my gender was no hindrance to my dreams, but that attitude within me was void and without form. I had been wild-hearted and tomboyish in my Alaskan childhood, had played on the edges of the wilderness with three brothers before I had a sister, had shot BB guns and pretended I was a Ninja Turtle and done just about every stupid thing that adults told me not to do, all for the sake of being contrary and adventurous. The self-selected nickname I had begun sporting in my 16th year, “Jack,” flaunted my disregard for gender norms. “Is ‘Jack’ short for anything?” people would ask me uncomfortably, hoping to learn my real name was “Jacquelyn.” “Yes, it’s short for ‘Bridget,'” I would quip.

The ordination of women had never come up in the two denominations I had attended with regularity (Church of the Nazarene and Presbyterian Church USA) since youth. Those churches had no female pastors, although I had noticed female elders and deacons at the PCUSA. In Mere Christianity, C. S. Lewis had articulated a hierarchical view of marriage that I accepted at the time, as much out of love for Lewis as anything, but it didn’t affect me because I wasn’t married and wouldn’t be getting married anytime soon, so I gave the matter little thought.

And then I had these words blinking at me from my computer screen. Horrible words about women in my own Bible and from Christian leaders I was supposed to revere. I didn’t know who God was anymore.

I began Metacrawling for answers. I found CBMW materials. For a while, I tried to accept what they said about femininity and submission. There is truth in Christian teachings on submission that spoke to my heart; I’ve always been a fighter and there is a certain beauty in letting go and letting God. And yet, something wasn’t right about it. My soul was restless.

I told a youth leader about my struggles, and she said, “Jack, have you read Judges 4?”

I went home and read it that night. I cried, tears of joy, tears of relief. If God calls women as prophets and leaders over all of his people Israel, what doesn’t he call us to? My God really did love women. [2]

I looked up Deborah to see what the CBMW people said. There were various explanations, but the most common one was that Deborah was some kind of exception to the “no female leaders” rule because there must have been a lack of worthy men available to lead Israel at the time (something the text itself never so much as hints at).

Whatever the case, such explanations function as an admission that Judges 4 is an example of God calling a woman to leadership over the people of God. It set me on my way.

I next discovered Glenn Miller’s “Women in the Heart of God” series at the Christian Thinktank and loved it. I loved learning about Jesus’ treatment of women. I ordered four of the books Miller used (Feminism and the Bible by Mardi Keyes, When Women Were Priests by Karen Jo Torjesen, Essays on Women in Earliest Christianity Vol. 1 edited by Carroll D. Osburn, and A Dictionary of Women in Church History by Mary L. Hammack) and read them hungrily, all before I had turned 18. The Osburn book in particular was great because it had an essay on every passage that seemed to prohibit and restrict women, including the 1 Corinthians 14:34 passage (cited earlier) that had bothered me so much. I was most astonished by what I learned about Phoebe and Junia, that (male) translators were hiding Junia as the male “Junias” and Phoebe as a “servant” right in the text of the Bible, and it made me indignant. That Junia was an apostle and Phoebe a deacon was part of God’s divine revelation to me, and someone had tried to take that away from me. I made up my mind to study Greek and Hebrew in college so that I wouldn’t be at the whims of those who claim to know the biblical languages when I don’t.

A lot has changed since I was 18. It took me years to purge the last bits of acceptance of C. S. Lewis’ hierarchical marriage theology from my brain. I did not talk much about ordination of women in my time at Brigham Young University; my church ordained women and that the Mormons did not got filed under “not my church, not my problem.”

What did affect me deeply was my marriage to a Mormon and how it ended. There are a lot of similarities between evangelical complementarianism and what Mormons teach about gender. I took my husband’s last name and was a stay-at-home parent to our disabled daughter for seven years, the latter of which put me at a severe disadvantage when my husband abandoned me while I was pregnant with our second child. At one point in my pregnancy, he told me that he had prayed about his relationship with another woman and God had told him not to end it, so he was going to keep on seeing her and I didn’t get any say in the matter—a clear case of spiritual coercion and abuse. People who believe in male leadership in the home will usually say these things are not representative of what they preach, yet there’s no system in place to reasonably counter such abuses. Many women report being told to stay with the abuser, to work harder on submitting, to “endure perhaps being smacked one night,” and so forth.

As it turns out, there’s quite a bit of empirical data showing that egalitarian marriages are happier, healthier, more stable, and less likely to end in divorce when compared to marriages where the husband is regarded as exercising headship or leadership in the home. God calls women to ministry and leadership, both in the church and in the home, and that knowledge is something I treasure now more than ever.

[1] There is a good historical analysis of this quote from Luther here. Now that I know what I know about Luther’s theological defense of marriage and his polemics against Roman Catholic celibacy, the quote is not particularly shocking–although, given that childbirth has been a major killer of adult women in every time, place and society prior to the advent of modern-day obstetrics, Luther’s insistence that childbearing women are healthier than nulliparous women was certainly divorced from reality. If anything, the quote is an excellent example of a prominent male theologian being out of touch with women’s lived experiences that demonstrates why we need both women and men preaching and doing theology.

[2] It had nothing to do with hierarchy, but I also loved the story of Jael in Judges 4 so much that, when I began studying Hebrew at BYU, I made Ya’el (יָעֵל) my Hebrew name.

3 Comments on Then I knew God calls women