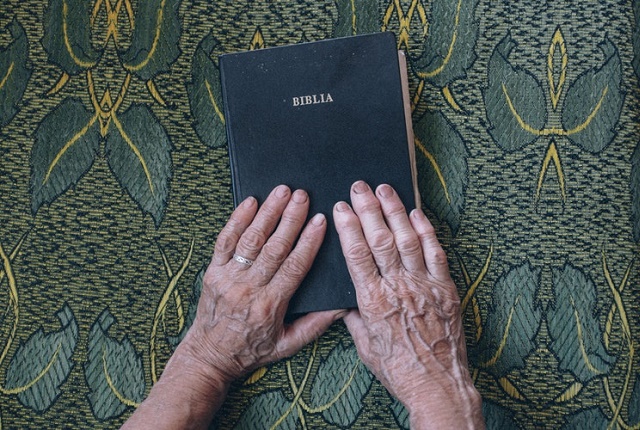 A short but significant account of a female prophet occurs in 2 Chronicles 34. In this chapter, King Josiah of Judah makes the decision to restore the temple of the LORD. In making repairs to the temple, the high priest Hilkiah comes across “the Book of the Law of the LORD”—probably all or at least part of the book of Deuteronomy.  When the book was read to King Josiah, he “tore his robes.” Apparently the people of Judah were unaware of the Law and had not been following the commands contained therein. King Josiah then orders Hilkiah and four other top-ranking Judean officials to “Go and inquire of the Lord” on behalf of himself and all of Israel and Judah concerning the teachings found in the Law of the Lord.

Hilkiah and the other officials seek out the prophet Huldah, who tells them, “This is what the LORD says: ‘I am going to bring disaster on this place and its people—all the curses written in the book that has been read in the presence of the king of Judah. Because they have forsaken me and burned incense to other gods and aroused my anger by all that their hands have made, my anger will be poured out on this place and will not be quenched.’” (NIV) She then adds as a message to King Josiah, “Because your heart was responsive and you humbled yourself before God when you heard what he spoke against this place and its people, and because you humbled yourself before me and tore your robes and wept in my presence, I have heard you, declares the LORD. Now I will gather you to your ancestors, and you will be buried in peace. Your eyes will not see all the disaster I am going to bring on this place and on those who live here.” (v. 24-25, 27-28)

King Josiah then calls an assembly of the people, reads to them from the Book of the Law of the Lord, and renews Judah’s covenant with God (v. 29-33). It would seem that Huldah’s prophecy concerning Josiah was a conditional one, since Josiah eventually died on the field of battle disobeying God (2 Chronicles 35:20-24).

There are a number of significant points to glean from the account of Huldah:

It contradicts the hierarchist interpretation of 1 Timothy 2:12

Huldah was a woman who exercised significant authority over men, and not just any men, but the high priest, four other top-ranking Judean officials, and (by proxy) the king. Her words had a lasting effect on the whole of the people of Judah. Additionally, she exercises this authority boldly and confidently, and the text takes this as normative for prophetic happenings in Israel. The event is not treated as abnormal because she was a woman.

Huldah speaks with a “thus saith the LORD” formula, the same as any number of male prophets in the Bible do, demonstrating that she is a mouthpiece for God. What could hold more authority than speaking for God? It is little wonder that the New Testament calls the office of prophet the second-most authoritative after apostle (1 Cor. 12:28). Additionally, in the brief space of her story, Huldah makes a prophetic prediction, albeit a conditional one, just as many male prophets in the Bible do.

It shows that women are worthy to teach the Bible to adult men, to correct them, and to rebuke them

Numerous hierarchists interpret 1 Timothy 2:12 to mean that a woman can’t correct and rebuke a man on what the Bible means, ever. (For a recent example of this, see Tim Fall’s excellent take-down of Tim Bayly here.) The account of Huldah is sufficient to refute these false teachings on God’s Word to women. If Huldah was worthy to rebuke and correct the high priest and the King of Judah, surely female professors and bloggers can rebuke and correct much lesser men like John Piper and Doug Wilson.

Hierarchists like Wayne Grudem and Paige Patterson also teach that women may not teach the Bible to adult men. Patterson went so far as to fire a female Bible professor from Southwestern Baptist Theological Seminary because of his interpretation of 1 Tim. 2:12. Yet in this passage, Huldah parses the meaning of Deuteronomy for the highest-ranking men in Israel. Her teaching is one of life application rather than of exegesis, but it is a teaching, sure enough.

To apply a saying of Jesus to the account of Huldah: Piper, Wilson, Grudem and Patterson are in error because they know neither the Scriptures nor the power of God.

A common hierarchist response to scriptural examples of women in authority (like Deborah in Judges 4) is to insist that God must have called a woman because no worthy men were willing. While this is a terrible argument in general (since when is God’s arm too short to maneuver unwilling men into leadership positions? Moses, Peter, etc.), in the case of Huldah, we know that male prophets like Jeremiah and Zephaniah were active in Judah along with Huldah. There is no reason to believe that worthy men were in short supply.

The story of Huldah may be short, but it functions as a significant Scriptural reality check against hierarchist applications of 1 Tim. 2:12.

9 Comments on Huldah the Prophet