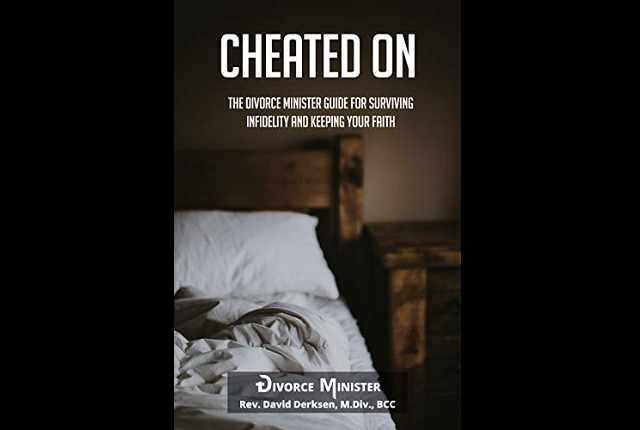 I divorced my husband for adultery in 2014.

If you want to get more technical: I told my husband I wanted a divorce in 2013 and physically separated from him, but the actual divorce was filed for and pushed through by him in 2014, because he wanted to be free to pursue the other woman. I literally posted 1 Cor. 7:14 onto my wall and made the difficult decision to allow my unbelieving and adulterous husband to depart. [1]

I’ve been a Christian since age 10, and a formal member of a local Christian church since age 17. I’ve been a member and regular attender of an Evangelical Covenant Church since 2009. I’ve written for Christian apologetics sites and Christian magazines, maintained a Christian blog in some form or another since 2007, and I have a degree from one of the best evangelical seminaries in the world.

In spite of this, the people in my life who supported me the most through the breakdown of my marriage were atheists, agnostics, and other non-Christians.

A few women from my church did give me comfort, support, and a shoulder to cry on. But, for the most part, when I tried reaching out to Christian friends, I found myself facing silence, discomfort, shallow recommendations to “try counseling,” and “I can’t condone divorce, but . . .”

Evangelicals are not comfortable with divorce. Our movement defines itself by grace, lives by it, thrives in it, but that beautiful belief in grace has made us into a movement that errs Micawberishly on the side of second chances. The Bible is clear that there are sins that lead to death (1 John 5:16), sins that can’t be forgiven (Mark 3:28-30), and people who are beyond saving (Hebrews 6:4-6), but we don’t listen. We don’t want to believe in any such thing as relationships that can’t be restored or “no more grace.” We forgot to make ourselves wise as serpents when we embraced being harmless as doves.

More pointedly, our movement is currently saturated with false teachers binding people to abusive marriages with the insistence that there are no biblically valid reasons for divorce (or no biblical grounds for remarriage after divorce, which is pretty much the same thing). These false teachers are not even making exceptions for adultery and abandonment, or if they are, treat divorce in even those circumstances as an absolute last resort which they seldom (if ever) recommend. [2]

Hence why I had to turn to my atheist and agnostic friends who—in spite of belonging to a group with lower divorce rates and healthier, more stable marriages than evangelicals—were more open to (and less judgmental of) the reality that there are good reasons for marriages to end sometimes.

If you want to understand the words, “My God, my God, why have you forsaken me?,” try divorcing as an evangelical. At the time in your life when you need the Church most, it will want you the least.

The good news for evangelicals is that we finally have someone who gets it. Late last year, Rev. David Derksen (better known as Divorce Minister) published Cheated On: The Divorce Minister Guide for Surviving Infidelity and Keeping Your Faith. Evangelicalism needs this book.

If you are unfamiliar with the author, Derksen is a licensed minister and board-certified chaplain whose first wife cheated on him some number of years ago, then divorced him. Even though Derksen was clearly the victim of his first wife’s abuse, and even though his adulterous wife was the one who sought and initiated the divorce, his former denomination (which he does not name in the book) forced him to undergo an ecclesiastical trial to retain his minister’s credentials. Though Derksen successfully navigated the trial and retained his credentials, the multiple attempts to hold him responsible for his wife’s abuse were understandably traumatic for him.

Derksen has re-married and moved on to a different denomination, and Cheated On is his survivor’s wisdom to us—and more. In its pages, he simply and forcefully takes apart those aforementioned false teachings about divorce. For example:

These are just a few examples of the wisdom found in this book. It’s high time that we began pushing back on the false “no divorce” / “no remarriage after divorce” teachings currently slithering through the garden of evangelicalism, and Rev. Derksen is leading the resistance.

I would recommend this book to any Christian dealing with adultery and any Christian pastor or ministry leader who wants to improve the quality of his or her counseling and care on the matter. To my knowledge it is the best book on surviving adultery geared towards Christians.

[1] In actuality, my first husband cheated on me back in college and never disclosed this to me. I learned this after my divorce in 2014, when multiple acquaintances from college reached out to me and told me about it, so the final 10+ years of my 11-year marriage were lacking in consent. I’d had a biblical right to divorce for nearly a decade.

[2] To be clear, I don’t think that every Christian who holds to a teaching of “no divorce” or “no remarriage after divorce” is a “false teacher.” Some people are sincerely mistaken but are otherwise engaging in sound preaching and teaching. That said, some of the people engaging in this false teaching know better and are without excuse.