Home » Church History » Did Origen Say Junia Was a Man? 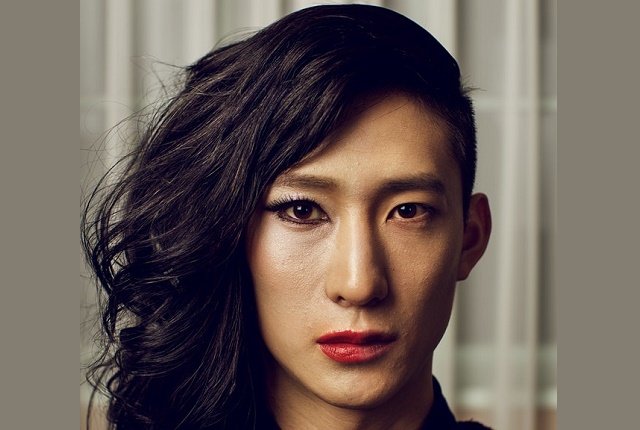 “[Stanley J.] Grenz tentatively mentions that biblical commentators up until about 1200 were in large agreement that Junia was a woman, and according to him, Origen (c. 185-254) assumed that Iounian referred to a woman. Grenz provides no quote from Origen, however, but merely a citation. This is noteworthy, because the actual text in Epistolam ad Romanos Commentariorum 10.26; 39 says the very opposite of what Grenz suggests. The form of the name is nominative masculine singular in Latin, which demonstrates that Origen understood the person mentioned in Rom 16:7 to be a man. This fact alone calls into question the impression given by both Grenz and [Ruth A.] Tucker that it wasn’t until much later that commentators took Iounian to be masculine. . . .

“[As Greek church fathers,] the testimonies of Origen, Epiphanius and Chrysostom must be weighed most heavily: Origen, because he is the earliest of the three exegetes, and the latter two because they are the first ones in extant Greek literature to refer to the name after Romans was written.”

I’ll address Epiphanius (who, in actuality, left no extant commentary on Junia) in the future. For now, we turn to Origen.

The short answer to this question is . . .

The more nuanced answer to this question is . . .

The best manuscript evidence suggests that Origen said Junia was a woman.

The full answer to this question is . . .

This amounts to little better than lexical sophistry. When a New Testament figure is called by a very-common masculine name or a very-common feminine name, we always assume that the common name was the author’s intention. It doesn’t matter that Paul only references Junia in the accusative, and that Greek masculine –as names are declined the same as feminine –a names; “Junias” is not a known masculine –as name. Junia is, quite literally, the only person in the New Testament to possess a name that was common and particular to one gender in her day, yet have her gender questioned and frequently reversed based on hypothetical nicknames for the opposite sex that are not known to have existed.

Besides, even if a masculine –as / –ας name is declined the same as a feminine –a / –α name, it just so happens that there were feminine –ας names in Greek: the biblical Dorcas (Δορκας), Pallas (Παλλας), Olympias (Ὀλυμπιας), etc. As long as we’re positing made-up names, this hypothetical “Junias” still isn’t necessarily masculine.

But let’s return to Origen. As I elaborated on in my previous post, Origen mentioned Junia by name five times, and his Greek text was translated into Latin and preserved by Rufinus. Of these five mentions, two were accusative, one was ablative, and two were nominative. So, for these two nominative mentions, did Rufinus write “Junia” or “Junias”?

He wrote “Junia.” All of our earliest and best manuscripts have “Junia” or the (also feminine) “Julia.” Likewise, Hraben of Fulda (also known as Rabanus Maurus), writing in the eighth century, quoted Origen and used “Junia.” [1]

So why do people claim Origen said Junia was a man?

(2) The Patrologia Graeca—an enormous collection of writings of the early church fathers compiled in the 19th century—used “Junias.”

Neither of these are compelling reasons to overturn the earlier (and better) manuscript evidence of a feminine “Junia” in the text. It’s seldom the case in textual criticism that later variants are given precedent over earlier witnesses, unless there is a good reason to believe those later manuscripts are preserving an independent tradition. “I really want Junia to be a man and not a woman” is not compelling evidence of an independent tradition.

And while the Patrologia Graeca can be a good starting point for researchers, the text contains many errors and is “notoriously corrupt.” It should be used with caution. [1]

Michael H. Burer and Daniel B. Wallace’s 2001 article, “Was Junia Really an Apostle?,” has become a staple in anti-Junia arguments ever since its publication in 2001. I’ve engaged many men (so far, they’ve all been men) who parroted it uncritically, unable to analyze its contents for themselves but insisting that it effectively ends the debate on whether Junia was an apostle.

What makes this strange is that Burer and Wallace acknowledged that the best evidence has Origen calling Junia a woman. They wrote:

“Origen seems to cite the name once as masculine and once as feminine, though the masculine is most likely a later corruption of his text.”

Then elaborated in a footnote:

In case you’re wondering how far into the article you have to go to find what I just quoted: it’s on the first and second pages.

Hence, many of the people claiming that Origen said Junia was a man and that Junia is a non-apostle are, by and large, referencing an article that they didn’t even bother to read.

To some extent, I agree with the 2007 article by Dr. Jones that I mentioned at the start of this blog post. The witness from Origen is among the most significant and should be given considerable weight.

And when Origen says that Junia was both a woman and an apostle, we should believe him.

This blog post was originally published in 2018, before I had decided to pursue a PhD in church history with a dissertation on Rom 16:7.

A late 2020 article by Dr. Esther Yue L. Ng published in the Journal of the Evangelical Theological Society contends that, most likely, Origen would not have named a woman a member of the Seventy, so he probably understood the name to be masculine. Drawing from Al Wolters’ unproven 2008 thesis that Rom 16:7 could contain the rare and poorly-attested Hebrew masculine name יהוני and would have been transliterated in the nominative as Ἰουνιά or Iunia (identical to the common Latin feminine name), she insists that a masculine reading of Origen is still preferrable despite the apparent nominative feminine in the earliest copies of the text. See Esther Yue L. Ng, “Was Junia(s) in Rom 16:7 a Female Apostle? And So What?,” JETS 63.3 (2020): 524-25.

I have quite a lot to say about this argument (and the other arguments Dr. Ng makes in her paper) as I write my dissertation on the reception history of Rom 16:7; I believe I have some substantial original research to contribute. However, I am presenting on the subject (“Junia Among the Seventy: A Re-examination of the Index Discipulorum“) at the Annual Meeting of the Evangelical Theological Society in November of this year. Depending on how that goes, I may publish that chapter of my dissertation independently.

In the meantime, I won’t tip my hand here.

[2] See my previous post in this series, “Origen on the Apostle Junia: A New Translation.”

3 Comments on Did Origen Say Junia Was a Man?