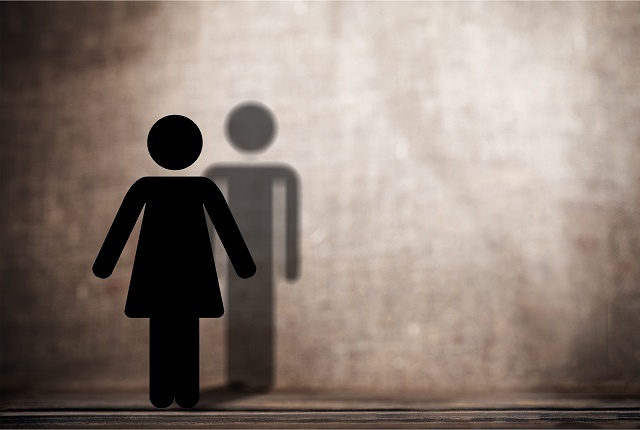 Christians have been explaining away the uncomfortable truth of female leadership in the Scriptures for centuries.

Deborah (Judges 4:4) was only leading Israel because “there were no worthy men available.”

And if all else fails, say that the female leader was actually a man. Even if the text repeatedly calls her “woman” or she has an incredibly common, feminine name.

These five New Testament women were all said to be men at some point in church history, and their involuntary gender reassignment probably has everything to do with their status as leaders and teachers in the early church.

Early in the fourth chapter of Philippians, Paul makes an appeal to two women named Euodia (Εὐοδία) and Syntyche (Συντύχη) to resolve their apparent differences. We know that these were both women specifically because, not only are their names feminine, but Paul refers to them in v. 3 as αὐταῖς (autais) and αἵτινες (hautines), which are feminine plural pronouns. If Paul had implored either two men or a man and a woman together, he would have used the masculine plural pronouns, αὐτοῖς (autois) and οἵτινες (hoitines).

Numerous commentators have noted that the entire letter to the Philippians—with its emphasis on spiritual maturity, humility, and unity–seems to build intentionally towards this plea for the women to be reconciled to one another. This is strange if the women are simply members of the congregation (even influential ones), for if they were under the authority of a local pastor or team of elders, why didn’t Paul simply appeal to the elders to settle their dispute for them? He does ask one man, a “true companion” (more on him at the end of this article), to help the women, but the plea is for collaboration, not for the exercise of authority.

The oddness of Paul’s appeal to these women has lead some to give the women the 2 John treatment and insist that they were not individuals but abstractions of factions within the church at Philippi, with Euodia representing Jews and Syntyche representing Gentiles. But the peculiarity of the passage evaporates when one considers that Euodia and Syntyche were the leaders of the congregation(s). Hence the fifth century church father John Chrysostom noted, “It seems to me that these women were the head (κεφάλαιον) of the church which was at Philippi.” [1]

It is probably no coincidence, then, that both women have had their genders switched to “male” repeatedly. J. H. Michael summarizes:

In the [King James Version] [Euodia] appears as the name of a man—“Euodias.” Theodore of Mopsuestia (circa 350 – 428) tells of some who took the second of the two to be a man’s name—Syntyches. He also mentions the fact that some held that Syntyches was the husband of Euodia and that he was none other than the jailer who figures in the story of Acts 16. [2] The versions of [William] Tyndale and [Thomas] Cranmer also make the second a man’s name. [Hugo] Grotius took both persons to be men. Neither Euodias nor Syntyches has been found as the name of a man, whereas Euodia and Syntyche, as names of women, are common in inscriptions . . . [3]

Nympha (Νύμφα / Νύμφαν) was a house church leader greeted by Paul in his epistle to the Colossians. Those who had churches meeting in their homes most likely assumed a pastoral role of some kind, and Nympha is one of several women in the New Testament who is given this designation. Paul specifically mentions that the church meets in her (αὐτῆς) house.

Yet this reference to a female house church leader seems to have made some scribes uncomfortable; a number of manuscripts witness Νυμφᾶν (the circumflex accent making the name the masculine Nymphas) and his (αυτου) house. Others witness the masculine plural “their” (αυτων) house. The King James Version and other early English translations (Darby, Douay-Rheims, Geneva Bible, Young’s, etc.) favored Nymphas and spoke of the church meeting in his house. Thankfully, modern-day textual criticism has corrected this and made Nympha a woman again in most newer translations.

When commentators thought Nympha was a man, they readily described “him” as the leader of a household church. John Eadie (1884) described a masculine Nympha as “worthy of distinction” because the church met in “his” house. [4] Finding the idea of a female church leader ludicrous, John Davenant (1832) lamented that Ambrosiaster, in his commentary on Colossians, had “transformed this pious and renowned man into a woman” and insisted that it must be the error of “some ignorant and lazy Monk” who interpolated the feminine into Ambrosiaster’s text. He went on to describe Nympha as a “distinguished man” and postulated that “the congregation of the faithful was accustomed to assemble in [Nympha’s] house . . . because he instructed all his domestics piously and in a Christian-like manner, and trained them daily in religious exercises.” [5]

Let’s keep Davenant’s understanding of Nympha’s church leadership along with her restored gender. It’s the non-ludicrous thing to do.

I’ve written a lot about Junia elsewhere. To make a long story short: Paul calls this woman an “apostle” in Romans 16:7. We know it’s a woman because there are no examples of men named “Junia” from the first century, nor are there any examples of men named “Junianus” being nicknamed “Junia,” nor are there any confirmed examples of Jewish men named “Yehunni” (itself a rare name) having their names transliterated into Greek as “Junia.” The only first century “Junia”-s that we know about are women, and we know of them in abundance.

All of the early church fathers who commented on the passage also said Junia was a woman, including Origen and John Chrysostom.

The first reference to a masculine Junia is from the Index Discipulorum, a document purporting to list the seventy disciples whom Christ commissioned (Luke 10:1ff) that began circulating around the fifth or sixth century (sometimes improperly attributed to Epiphanius of Salamis). Junia eventually came to be known almost exclusively as a man, even though the weight of ancient evidence overwhelmingly favored a feminine reading.

Christians who oppose the ordination of women really, really don’t want a female apostle in the Bible, so they’ve been trying hard to keep the myth of a male Junia alive and well. For example, the ESV translation still footnotes “Junias” as an option. It doesn’t footnote “Nymphas,” even though we have fourth century manuscript evidence of a masculine “Nymphas” and nowhere near such early manuscript evidence for “Junias.”

But Jesus promised that not one iota would be stricken from His word—and Junia’s identity as a woman is here to stay.

Yes, that’s right—even a woman who is specifically called a “woman” (γυναῖκα – gunaika, Acts 18:2) and mentioned by name in the New Testament more times than some of the Twelve isn’t safe from having her gender reassigned. The copy of the Index Discipulorum which makes Junia into a man also makes Priscilla into a man—and one who was a bishop of a church nowhere near her husband’s church.

The discomfort with Priscilla probably has something to do with her eminence in teaching and church planting. Though ancient convention dictated that a man’s name usually came before his wife’s, Priscilla is mentioned before her husband Aquila five out of seven times, suggesting that she was the more prominent of the missionary couple. She instructed Apollos in the gospel (Acts 18:26), was a house church leader in Ephesus, and some have speculated that she may have written the Epistle to the Hebrews.

Small wonder that Priscilla challenges those with a narrow view of women’s roles in the Church.

But were any men turned into women?

At least one. The aforementioned “true companion” of Philippians 4:3 is an esoteric figure. The Greek word for “yokefellow” or “companion” is a vocative substantive adjective that is, elsewhere, heavily associated with marriage. This led Clement of Alexandria to conclude that the “companion” was Paul’s wife, Paul having apparently married since his declaration of bachelorhood in 1 Corinthians 7:7. [6]

The trouble with this is that the modifier of σύζυγε (syzyge) is γνήσιε (gnēsie), and this adjective is undoubtedly masculine. Had Paul been addressing a woman, he’d have written γνήσια (gnēsia) σύζυγε. So unless Paul was their Peter Buttigieg, this σύζυγε does not mean “marital partner.”

Some have suggested that “Syzygus” is simply the man’s name, but “Syzygus” was not a known proper name for a man.

The identity of the σύζυγε is a mystery that will probably never be solved in this life. But the role of women in the church isn’t a mystery. The Word of God shows that women were called to varied and diverse leadership positions over both men and women.

And altering Scripture to make those women into men will not erase God’s truth.

[1] Homilies on Philippians 13, translation mine.

[2] Though I found many scholarly articles, commentaries, and entries which attribute this account to Theodore Mopsuestia, none of them cites the original reference, and I was unable to locate it. Mopsuestia’s commentary on Philippians correctly names both women as women (see Theodore of Mopsuestia: Commentary on the Minor Pauline Epistles, trans. by Rowan A. Greer [Atlanta, Ga.: Society of Biblical Literature, 2010], 351), but it is possible he related this theory elsewhere. If anyone knows the reference, please send it to me.

[3] J. Hugh Michael, The Epistle of Paul to the Philippians (Seattle, Wa.: Digital Publishing, 2018; originally published by Harper and Brothers in 1928), eBook Location 4186.